The idea of an off season is a bit of a joke at this point. There really isn’t a time of the year where things slow down for us. During the “busy” season Kevin and I work from the moment we wake up, until our heads hit the pillow around midnight. Kevin gets up before the sun rises to do the morning farm chores and when he gets in we all have breakfast together before starting our day. We hurry around making and packaging our goat milk soap, preparing for farmer’s markets and/or craft shows, returning emails and calls, writing blog posts, handling all of the different social media outlets, and of course running the farm. The farm itself is practically a full time job all it’s own. Between that soap business and photography business we easily work 90+ hours a week… each. We are literally working in some form or fashion all day long, seven days a week. We love what we do, so (most of the time) it doesn’t feel like work and we are able to be flexible when it comes to how our day is run. Then December comes to an end we are thrown into this strange “off season” where we only have one (potentially two) markets a week. We only have a handful of online orders come in a week. Weddings and portrait sessions are few and far between. You would think we could maybe sit back and relax now… 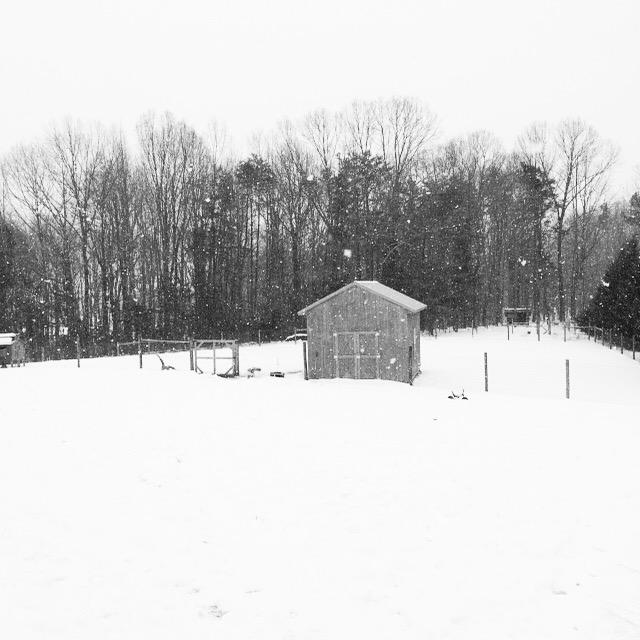 This time of year we only end up working around 60 hours a week each. Most of our farm chores are year round, so there really isn’t a big decrease in time there. While we don’t have to work in the garden or mow the lawn, most of the animal chores remain the same. We receive a small two month break from milking towards the end of the girls’ pregnancies, but they still eat on the milk stands, so instead of actively working during their feed time I usually spend that time talking to them and watching their baby bellies bounce around.

This time of year our days are spent working on the projects that we had been putting off during the busy season. This includes doing repairs to the farm structures, preparing for babies, and finally getting to some of the farm projects that we wanted to do.

When it comes to the soap company we spend the day/evening making batches of our goat milk soap, rebuilding our stock after being depleted during the holiday. This year we plan to (hope to) go into May, when markets open and business really starts to pick back up, with nearly three times more than what we had going into the start of the busy season last year. We also are using this time to work on several new soaps and even some entirely new products! We plan to go into the busy season running!

Organization is the key this time of year. During the busy season things get tossed around. The shipping station looks like a storm blew through it. Everything in the office is scattered about. Each year we try to prefect our organization strategy a little more, to make things easier on ourselves the rest of the year, but as the business grows we are constantly having to reassess. We have put a lot of thought and effort into the new system that we are implementing this year, hopefully it will make things go smoothly once we hit May.

We do try to give ourselves a little bit of a break during the winter though. We generally give ourselves the day “off” on Saturdays after the markets are over. This doesn’t mean we get to spend the whole afternoon and evening relaxing, because that is just not possible on a farm, but it does mean that computers stay off. Also, instead of working until midnight every other night we usually call it day between 8-10pm. I would love to be able to stop working earlier, but so much of the morning is dedicated to homeschool activities and using the little bit of the winter daylight to get things done around the farm. The “inside” work often gets pushed back to when it is dark.

Come the end of March we will have babies all over the place and that’s a busy season all it own. We have seven goats due to kid and we should be getting fourteen to twenty one kids from them, all of whom will be bottle fed for 8 weeks. We have baby chicks coming to us via USPS around the same time. We will hopefully have piglets sometime in April (although we can not confirm if Myrtle is pregnant yet). Let’s not forget the garden! During all of this the 2016 garden will be going in! New life will be everywhere. It’s a really wonderful time of year to be on a farm.

It’s a busy life, but we love it (so much!), and are incredibly grateful that we get to work side by side and spend our days together.