Where did April go? This year is FLYING! We have been staying so busy and it’s all going by in a flash. This week really kicks off market season for us. Four of our five markets are open as of this week and the fifth opens next week. Today is our first time at the Wednesday Aw Shucks Market! In fact, three of the markets we are doing this spring/summer are completely new to us. We are so excited to bring our goat milk soaps to new customers throughout Central VA.

This past week hasn’t exactly been an easy one… for several reasons. This week was the big spring cleaning of the farm buildings. During the winter we deep bed, which helps create heat that keeps the barns and coop warm during the winter. When the spring comes along, and the nights are consistently over 45/50 degrees, we have to muck (clean) out the deep bedding. Which is NOT fun! The barn in particular. The bedding in the barn is several feet deep. The top few layers are mostly clean (which is how you manage deep bedding… it’s important that the layer the animals are laying on is clean), but the layers below, especially the bottom layer are rough. Most years cleaning out the deep bed takes maybe five or six hours with one of us doing the job… this year however it took us nine hours!! NINE HOURS!! And there were two of us working. Why the big jump? Well, the three additional goats played a part… thats the urine of three more animals soaked up in that bottom layer. It was awful! There were also more pregnant goats this year than last… again more urine. They were also stuck in the barn more this winter with all the snow that stuck around for so long. The chicken coop and buck barn weren’t as bad, time wise at least. It’s a necessary chore, but one we dread all year. From now until mid-November, when we start deep bedding again, the barns and coop will be mucked on a very regular basis and these cleanings are much easier and go much quicker! 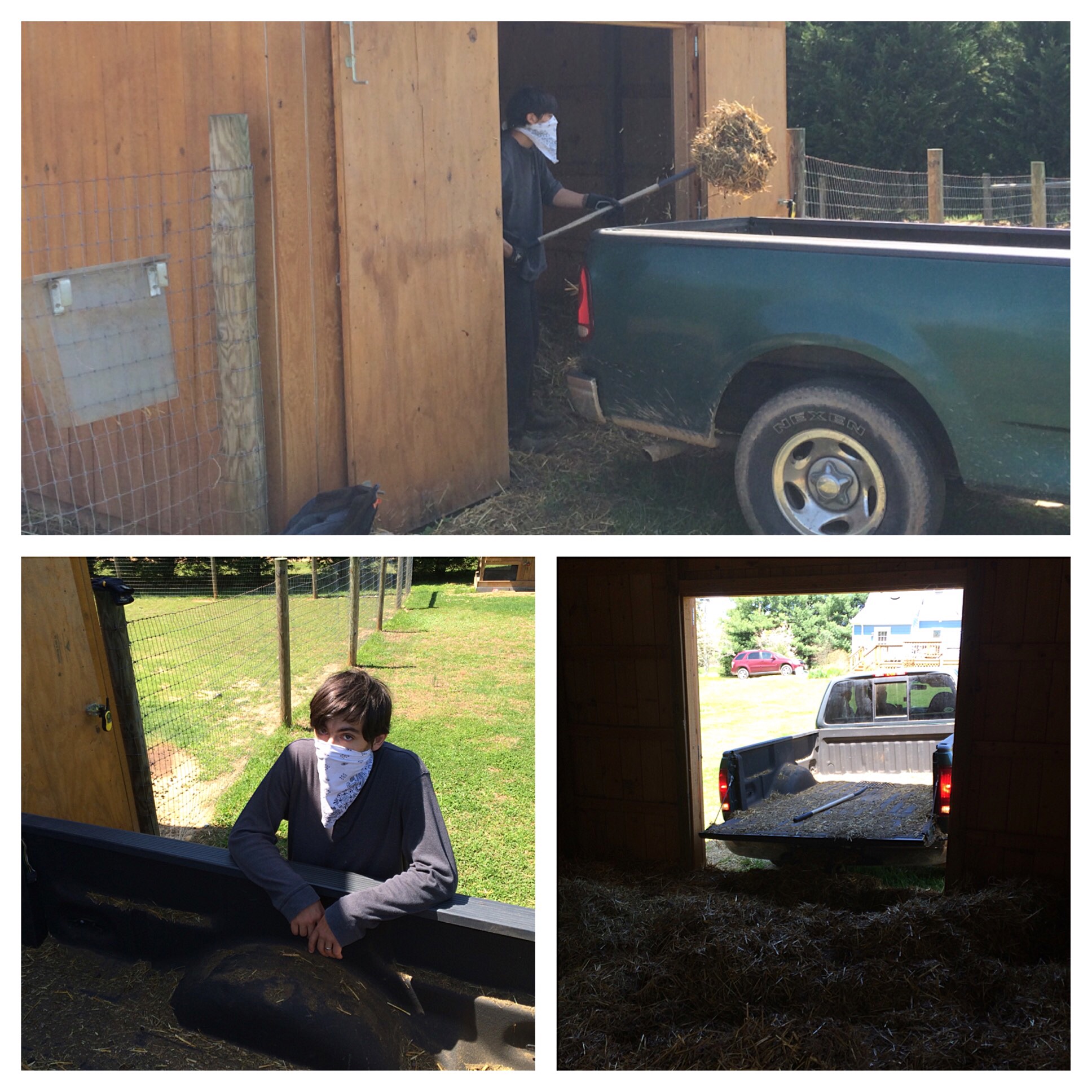 This week was also difficult because our dogs went missing for two days. Annabelle, our bassett, has become a runner. She hasn’t always been this way. She is eight years old and only in the last year has she started trying to escape every chance she got. We have done whatever we could to contain her but nothing works. Occasionally she has gotten out and gone running, but the longest she has ever been out was four or five hours. She won’t go far unless our other dog, Frankie, is with her and Frankie won’t run at all unless under her influence. This time they got out together around 3pm when we went out to do afternoon farm chores. When we finished farm chores and were coming back inside around 7:30pm they we still gone. We spent the entire night calling them from the back porch. They were gone the entire next day. I posted their information on every Facebook pet group in the area and called animal control. Kevin drove around looking for them and we took turns calling them from the porch the entire day. We went to bed that night still not knowing were they were. I had a meeting the next morning and needed to run errands, so I was away from the house. That afternoon, when on my way home, Kevin called to say our neighbor saw them about four miles up the street in a church parking lot. I went home to get the truck and went searching for them… and there they were, lounging in the shade by the church. They were covered in ticks, but were perfect fine otherwise! After two days I had lost hope in finding them. I am so happy to have them home… now to keep them from escaping again! 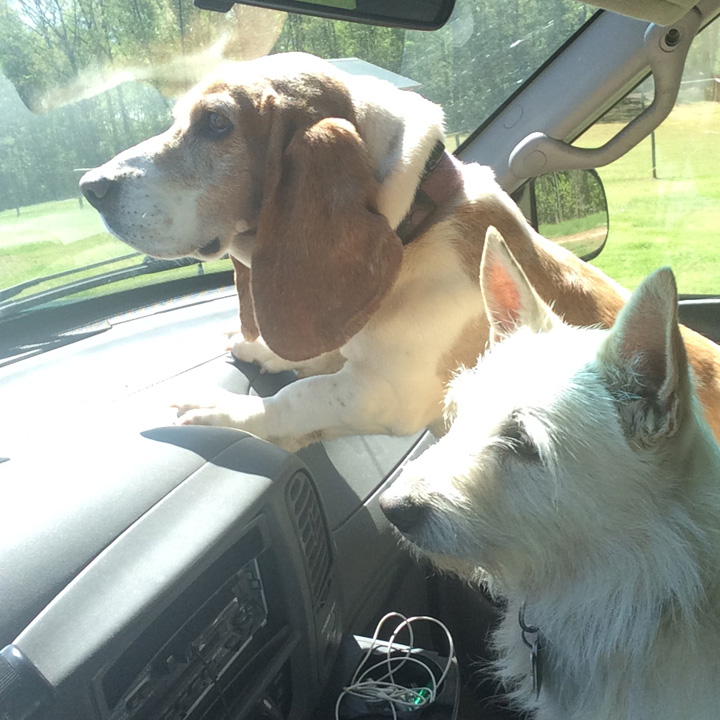 This week wasn’t all bad though! In fact, aside from those things it was actually a good week. A friend of ours, from Chickenberry Farm, brought us bantam chicks! Chicks have so much personality and it is so much fun to watch them grow! These little chickens will live in a chicken tractor in our garden and will help us control the pest. A few of the roosters will live in the pastures with the goats and in our yard as free rangers to help control pest in those locations as well.