How many of you are familiar with using llamas as a guard animal? I wasn’t until two weeks before our llamas moved in… Yes, TWO weeks. I may have heard about it in passing, but it certainly wasn’t something I was exposed to enough to consider it on my own. Using llamas as guard animals was a completely unexpected and out of the blue decision for us. 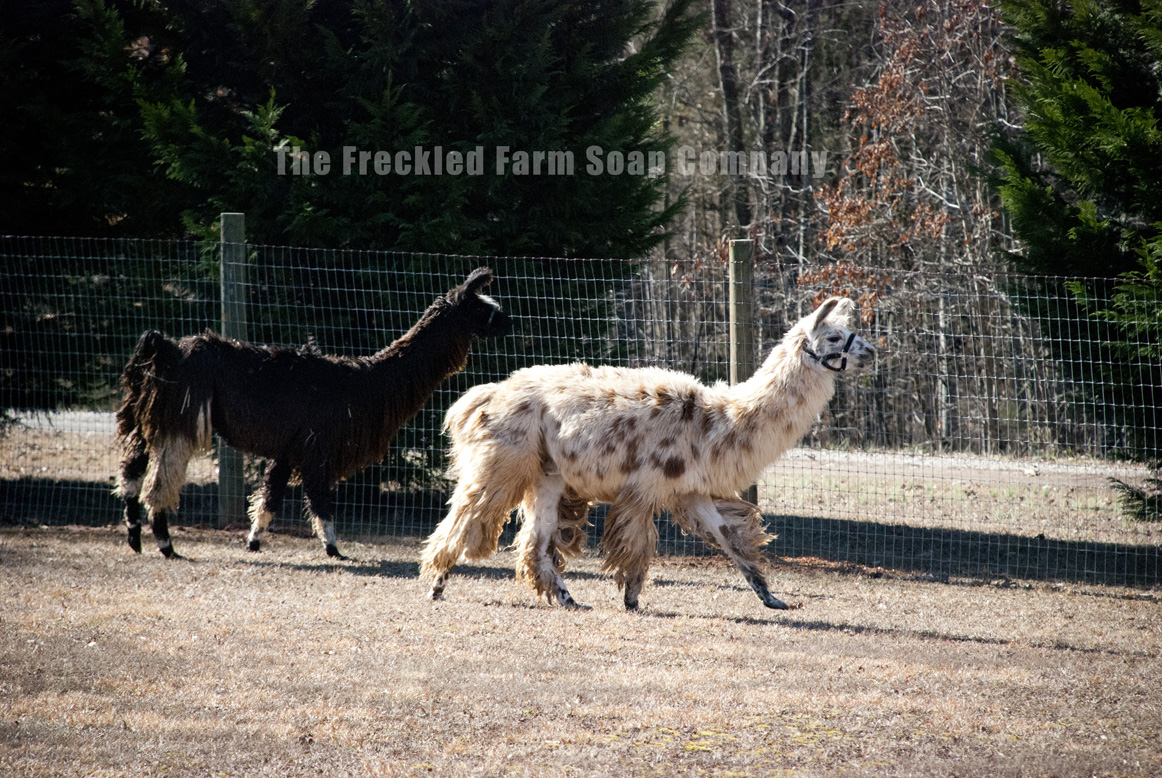 Our original plan was to get a dog, a Great Pyrenees. We actually had a reservation for a puppy and were only weeks away from picking her up when I got an email from the breeder saying that five of the puppies had passed (at 5 weeks) and they believed that it was because the dam had so many puppies and couldn’t care for all of them. They didn’t have a plan to autopsy the puppies who passed, so I was tentative about getting one of the remaining puppies. I called our absolutely wonderful, patient, helpful farm veterinarian Melinda and she suggested we pass on the puppy. We could be getting a dog with medical problems that wont show up until later. She went on to say that she felt like a llama or two would be a better fit for us anyways. Their care is very similar to how we care for the goats, they wouldn’t take training, and would be just as affective as the dog. I was a little skeptical since the idea of llamas never even crossed my mind… Where do you even get a llama?

Melinda came over the next day for some routine blood work and we discussed it further. I wasn’t sold that I absolutely needed a guardian, after all our pasture was fenced in with five foot no climb horse fence (yes, we went a little overboard). Her response “coyotes can jump 6 feet and you NEVER hear of an attack on a llama farm” I was well aware of the coyotes in our area and the thought of losing one of our girls is horrible, so just like that I was sold. She gave us information of where we could get a llama. I called the farm and set up a visit for that weekend…

The llama farmers, as Breckin calls them, were John and Debra of Westerham Farm and Studio. We toured their beautiful farm and asked a ton of questions. We went with the intention of getting one llama and ended up picking two. I expressed my concern that the llama(s) would not actually protect my goats because not all llamas are guard llama. They promised to replace any llamas that didn’t appear to be doing their job, but in their experience whether they were actually specifically protecting the goats or not they would attack any predator that came into the pasture. I was feeling excited and confident, and scheduled to have our guys delivered…. just like that two weeks later we had llamas on The Freckled Farm… 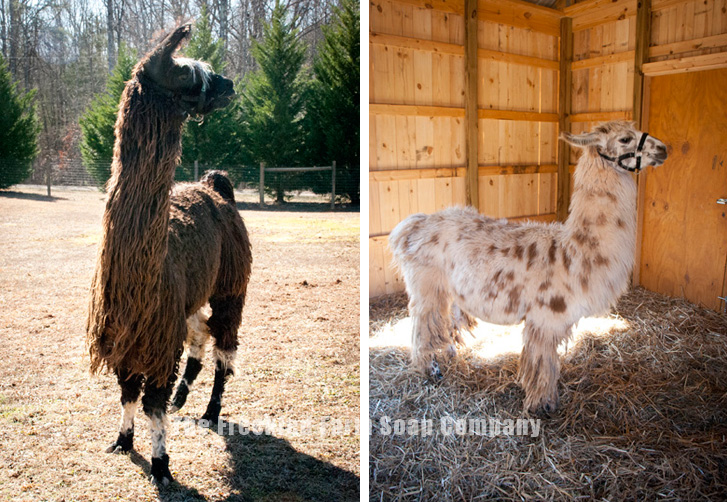 It was interesting adjusting to the llamas. They are far bigger than our goats, and not as social. They didn’t want to be touched and would immediately move away if you put your hand out to them. I wasn’t sure how I was going to catch them to give them their monthly deworming shot (since we live in a state with white tail deer, who carry the M worm). Over the next month or so they slowly warmed to me (in fact they are very easy to handle now), but I was still nervous that they wouldn’t actually guard. It was a week or two later I had the opportunity to see Afton in action. A random dog came up to the fence and all of the sudden Afton was running full speed in his direction while screaming his battle cry. The terrified dog ran away with his tail between his legs. Since then anytime a dog, hunter, random car, strange noise has managed to wander onto our property Afton has made his presence known. Nothing has attempted to actually come into the pasture, that I know of, but I’m confident at this point that Afton would “take care” of anything that did. Our sweet, sensitive Blue generally stays with the goats if there is a perceived threat (maybe he is protecting the goats specifically rather than the pasture as a whole like Afton), but there have been times that I have seen him right there with Afton protecting the fence line.

The protection goes beyond the battle cry and full speed charge. The first few months that we had the goats we locked them in the barn at night, but we hated doing that and it was always a chore trying to get them to go in. When the llamas moved in we stopped closing them in and kept the barn door open. Now if you go out at night you will find Afton laying across the opening of the barn.

I am so pleased with our protectors. I feel so safe knowing they are protecting our girls.

Why I believe llamas are the best guardians

We LOVE our llamas and hope that you will consider using llamas as your goat guardians.

The Freckled Farm Soap Company makes handmade goat milk soaps. Our body care products are all natural and made with love. For more information about our products please visit our website: www.thefreckledfarmsoapcompany.com