If you follow us at all you know that our female goats are named after powerful women, so you may be looking at the name Elsie and trying to remember a strong woman in history who has this name… Well, you won’t find one… or you might but it wouldn’t be who this goat is named after. Elsie is technically my mother’s goat and she got her name from a powerful woman in our family… My great grandmother. A woman who played a very large role in raising my mother. Who was there for my mom through extremely hard times… The true matriarch of my family. While I never had the pleasure of meeting this wonderful woman, it seemed only fitting that we have a goat named in her honor.

Elsie has a very dramatic birth story. She was the kid involved in our traumatic kidding in 2014. Her dam is Tina and her sire is Davin of Chribrydon Farm in Lousia, VA. When we went out to check on the goats at 5am Tina was already in labor even though she had given us no warning that she was in labor at the last check. When we got to the barn Tina had already given birth to Eleanor, in a labor that seeming went smoothly, but when we checked Tina she was in the process for birthing another kid (Elsie), but the kid was in a terrible position. The optimal position for the kid to birth in is called the dive position, where both front hooves come out first followed by the nose of the goat. Elsie was coming out head first with her shoulders square (not angled as the dive position allows) and one hoof hooked under her neck. When we discovered her, her eyes were bulged and her tongue was turning blue. I thought we had already lost her and my concern turned to saving Tina. I had to “go in” to try to reposition her. When that didn’t work (she was stuck tight) I pulled her out. I passed Elsie off to Kevin and then took care of Tina. We cleaned her off, got colostrum in her and she seemed to be fine. Over the next few days she was slightly loopy, but has since totally recovered and you would never know now that she had such a traumatic birth.

Elsie is our problem child. She came into the world in a dramatic away, and she is the most hard headed of the herd. She doesn’t follow instruction and hates to be lead… not that she would go where you needed her to go without you leading her! She is a sweet girl, but just wants to do things her way. 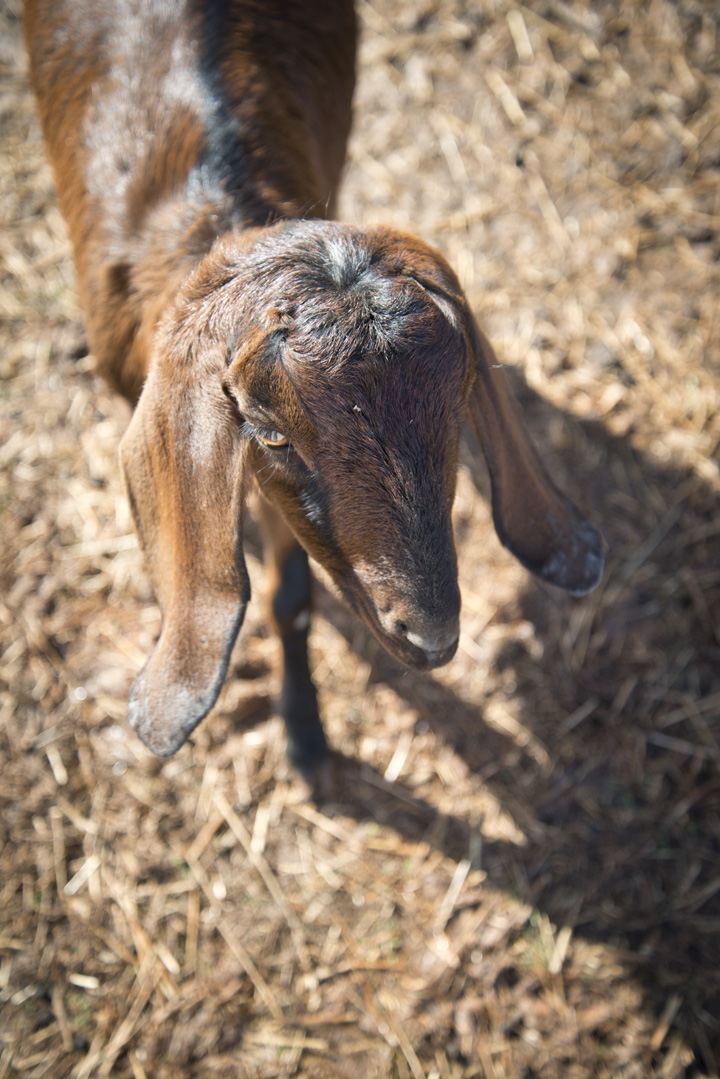 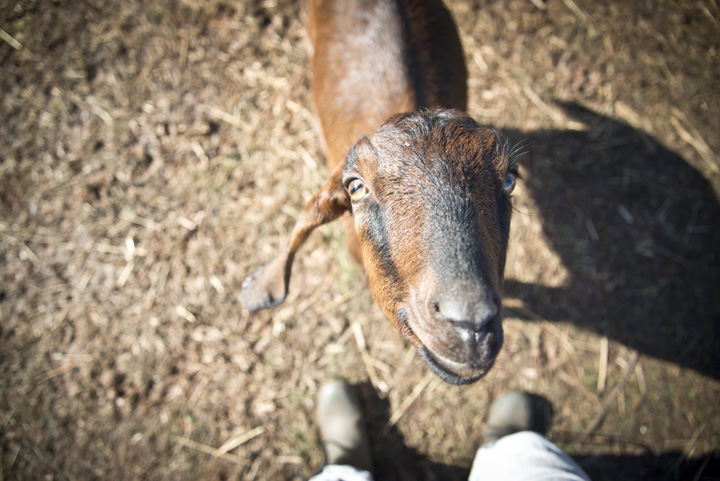