It’s April!! Spring is really starting to settle in and temperatures are rising slowly. The trees around the farm are starting to bloom, the garden is coming together, and we have lots of babies running around. It’s a wonderful time to live on a farm!

Last Friday Hillary finally had her babies. She was actively in labor for well over 24 hours. All day Thursday she was panting heavily, and had several very strong contractions. We sat with her from 9pm-11pm because we were sure it was going to happen any second. She was up and down, and having contractions here and there. Finally after two hours without much progression we decided it would be a good idea to get some sleep… because as we all know a watched goat never kids. We had a restless night with all of the moaning and movement coming over the monitor, but nothing changed, and when morning farm chores came along she had not progressed at all.

Kevin went to check on Hillary around 8am and she had started to push. It wasn’t long before a little doe was born and a second kid was on the way. The second kid’s kidding wasn’t as easy. He was coming out head first, legs back, and he was huge… nearly as big as our 2 week olds. She pushed for quite a while and I had to aid a little, but he finally came out. Lastly, with very little effort, Hillary had another doe. Everyone is doing well! We are officially done with kidding until June, when Tina is due. 3 Kiddings, 8 Total Babies, 4 Bucks and 4 Does 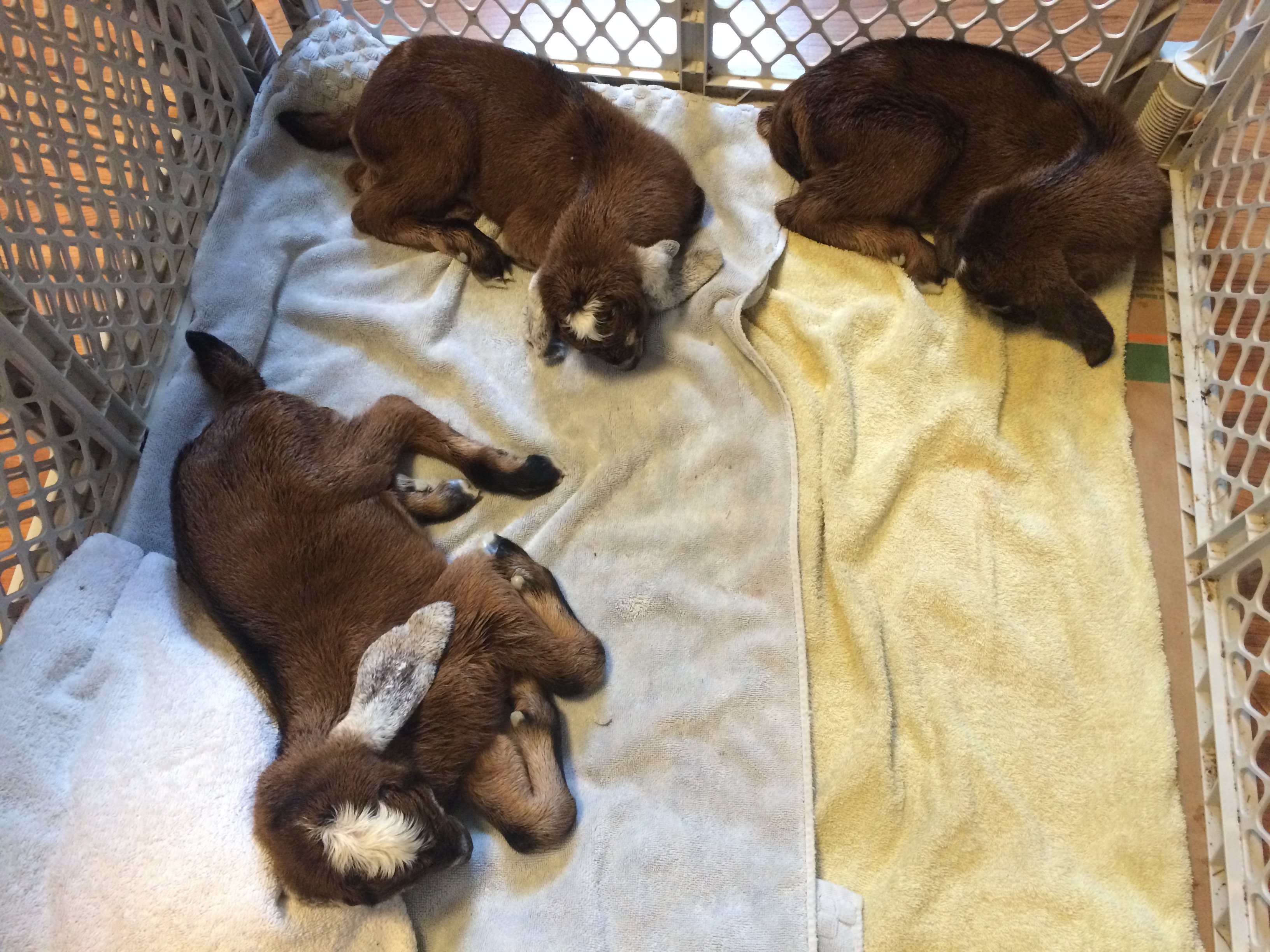 Production has ramped up around here. We’ve been working hard to prepare for our busy season starting in less than two weeks. We are of course at South of the James every Saturday still. Next weekend we have Spring Bada-Bing, which is our biggest craft show of the spring. The following weekend we have RVA Earth day… and then after that market seasons start to kick off! It won’t be long and we will be in 5 markets a week! This means lots of soap and laundry detergent needs to be made. I really love this time of year!