We wanted to give customers a little sneak peek into our soap making process though photos. I hope you enjoy.

First we measure out all of the solid oils. These oils need to be melted, so they are added to a container that is wrapped in a warming device. The warmer melts the solid oils over several hours. We normally measure out the solid oils the night before and turn on the warmers at 5am when we are beginning farm chores, that way the oils are melted when we come out to make soap after farm chores are done and we have eaten breakfast. Once the oils are melted we move them into the large stock pot that the soap is made in. We run the oils through a filter to catch anything that might fall into the soap. 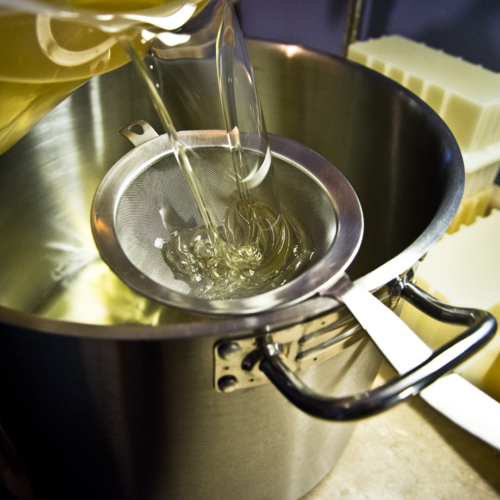 We freeze our milk in a solid block. It takes less time to set up and takes up less space in the freezer. Once frozen we use an icepick to break up the milk into smaller chunks that are easier to measure and to mix the lye into. We return the measured milk to the freezer until we are ready for it later in the process. 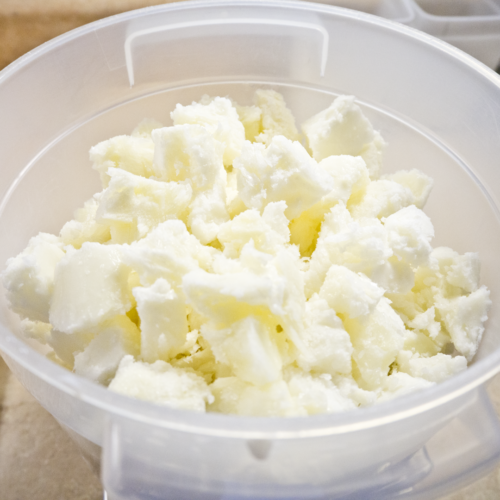 Next, the oils in liquid form are measured out: 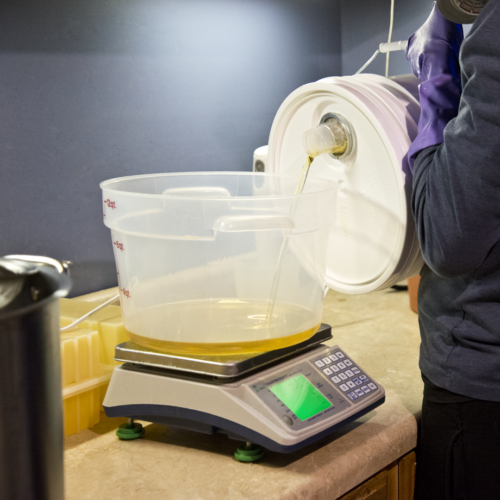 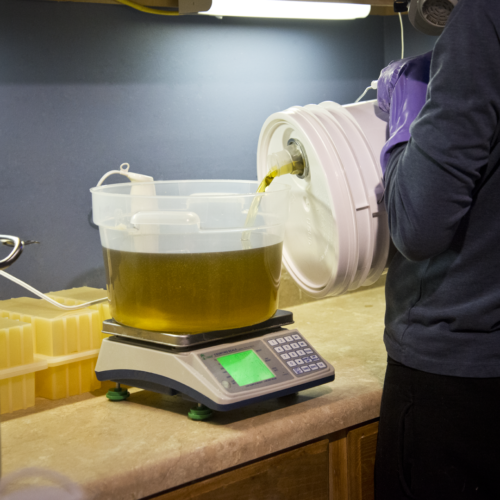 They too are run through the filter as they are added to the other melted oils: 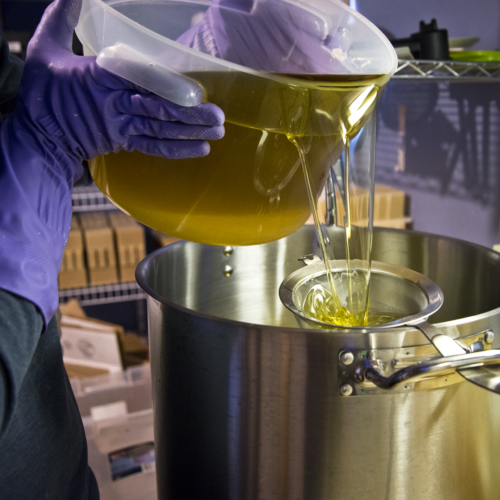 Once all the oils are measured and added to the stock pot we start preparing the milk/lye mixture. Because the milk is frozen when the lye is added the temperature never rises above 76-80 degrees and the milk maintains it’s light color. If lye is added to room temperature milk the milk will turn brown and potentially take on a burnt scent. When the milk and lye are well mixed they are added to the oil. It too is run through the filter (a larger one) but this time it is to break up and catch any fat clumps that may have formed. 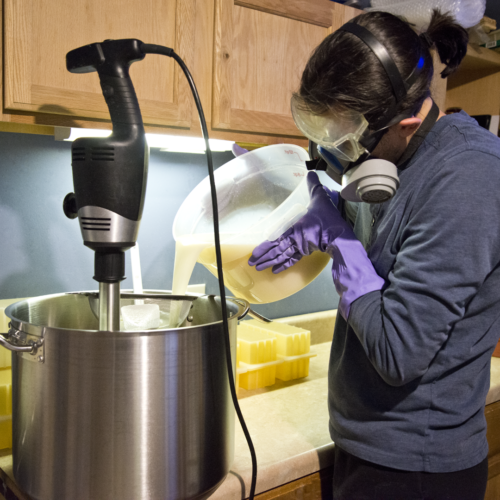 We push the remaining milk through the strainer to break up the fat clumps. 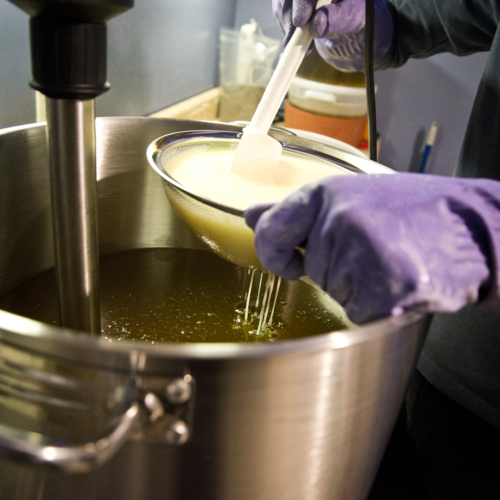 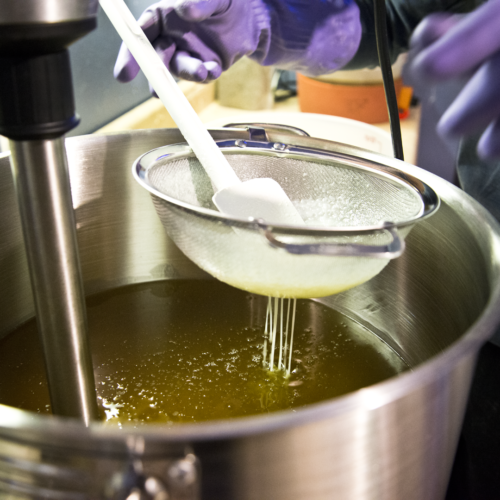 We then mix everything together with an industrial sized stick blender. 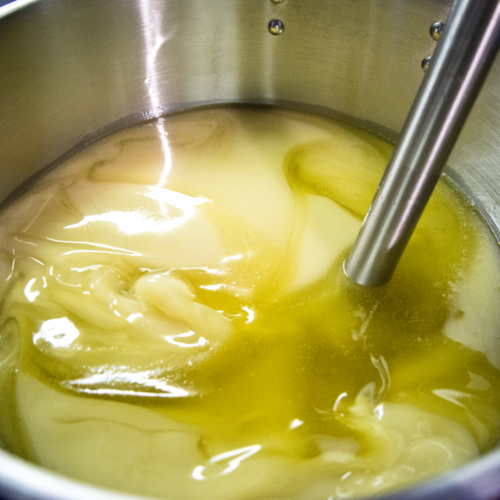 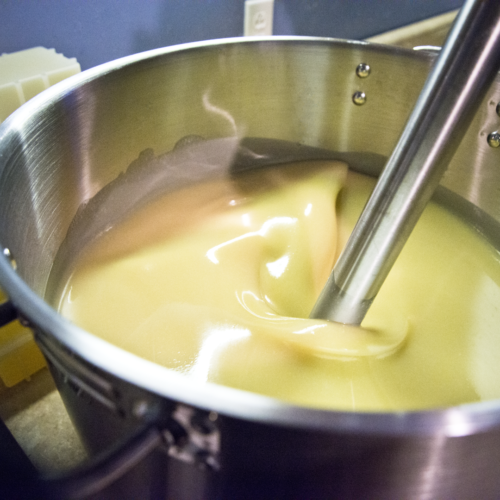 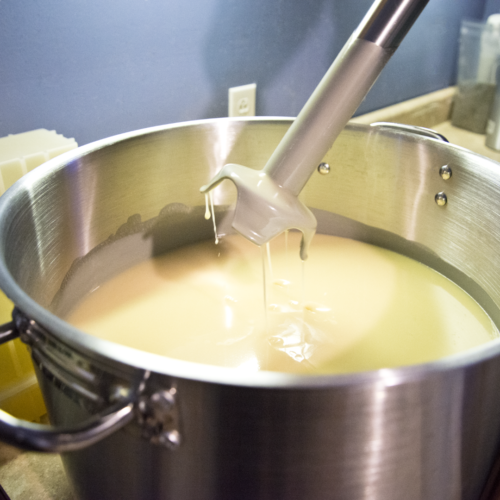 The mixture is then poured into the molds. 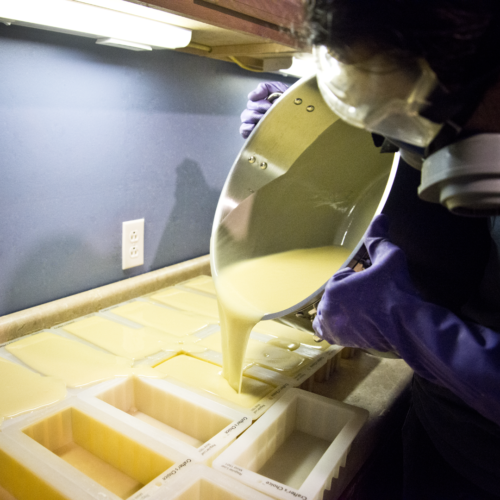 We then scrap off the excess on top of the molds to fill the remaining molds and to smooth the top of the soap. 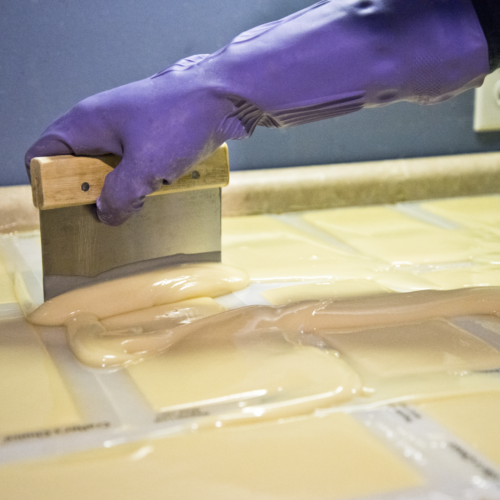 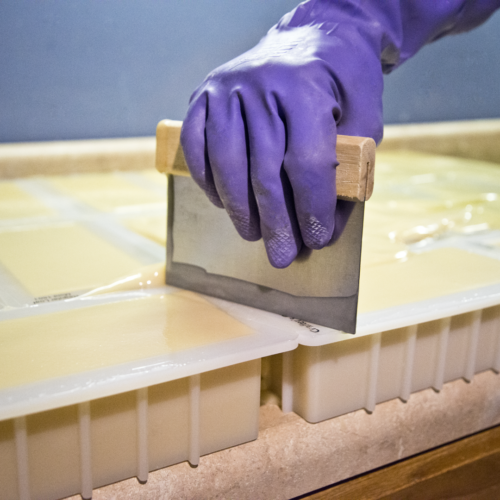 This particular batch is the topped version of our Lavender Goat Milk Soap. We add the lavender buds last. 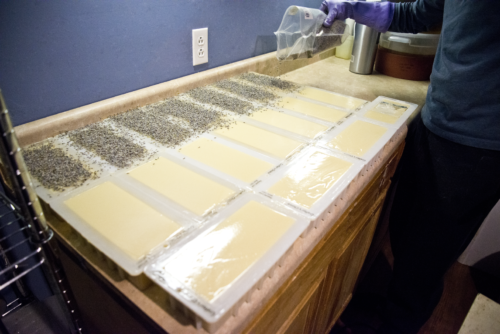 Finally, the soap sits for at least 24 hours while it firms up. It is cut and placed on the curing racks, where it will stay for 4-6 weeks while it cures.