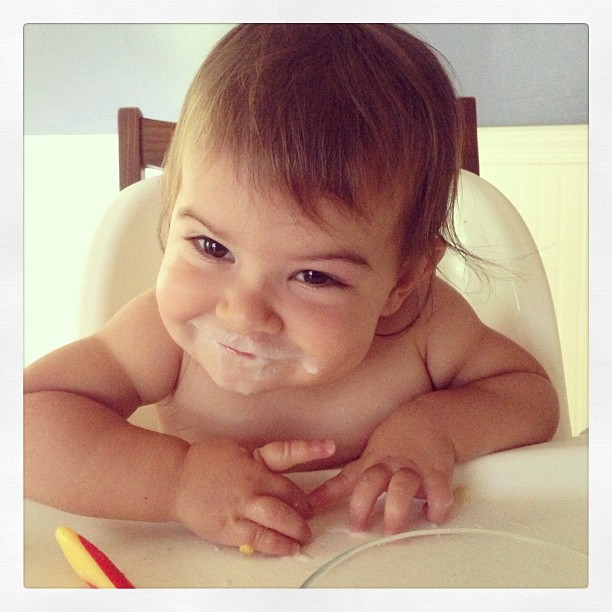 Goat milk has to be one of the most misunderstood beverages of all time. People don’t think twice about drinking cows milk, but will turn their noses up to goat milk. When people visit the farm drinking goat milk comes up almost every time. I always offer our visitors a taste and it always goes the same; they take the glass with hesitation, they swirl it around and sniff it like wine, slowly pull it towards their mouths with a slightly disgusted/hesitant look on their faces, take a sip, pull it away… and then they always, always say “oh tastes like milk.” No, goat milk is not disgusting. No, goat milk, when properly handled and fresh, does not taste like goat. It tastes like milk. Maybe slightly thicker and more creamy depending on the breed of goat. It’s milk and it tastes like milk.

Why are we so quick to judge goat milk? How is it any different than cow milk? Why is it that people have absolutely no problem drinking cows milk, but are totally disgusted by goat milk when in actuality goat milk is much closer in make up to breast milk making it less foreign? Both of my children are obsessed with goat milk, see the picture above as evidence. A drop is never wasted. So, maybe you should consider giving goat milk a chance. It’s easier on your stomach than cow milk, can be consumed by those who are lactose intolerant, and it tastes like milk.. go figure.